Paul’s Place got its name in a rather unusual way. Back in 1995 when the group was formed, a young disabled man Paul Willmott was part of the initial conversations about the group.

He was keen to be part of the club, as he, like the other founding members wanted to see a social group set up for them and a club that they could own. Sadly, Paul died just as the club was forming. As a tribute to Paul the other founding members decided, that in his memory, the group would be known as Paul’s Place. Paul’s family have continued to support the charity over the years and are so pleased that Paul lives on through the charity.

Today, ‘Paul’ embodies anyone using the charity, regardless of gender or disability as we are a people-based, disability-led charity and continue to replicate the ethos of the original club. 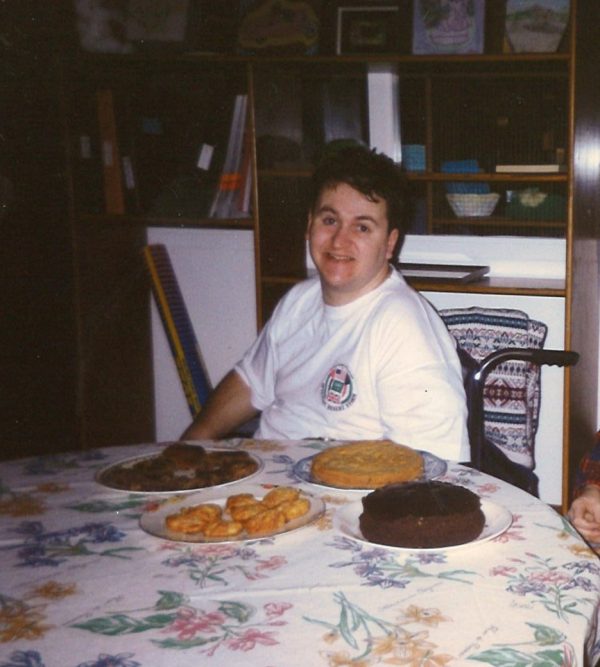 This website uses cookies to improve your experience while you navigate through the website. Out of these cookies, the cookies that are categorized as necessary are stored on your browser as they are essential for the working of basic functionalities of the website. We also use third-party cookies that help us analyze and understand how you use this website. These cookies will be stored in your browser only with your consent. You also have the option to opt-out of these cookies. But opting out of some of these cookies may have an effect on your browsing experience.
Necessary Always Enabled
Necessary cookies are absolutely essential for the website to function properly. This category only includes cookies that ensures basic functionalities and security features of the website. These cookies do not store any personal information.
Non-necessary
Any cookies that may not be particularly necessary for the website to function and is used specifically to collect user personal data via analytics, ads, other embedded contents are termed as non-necessary cookies. It is mandatory to procure user consent prior to running these cookies on your website.
SAVE & ACCEPT
Resize
Contrast
Accessibility by WAH
Go to Top